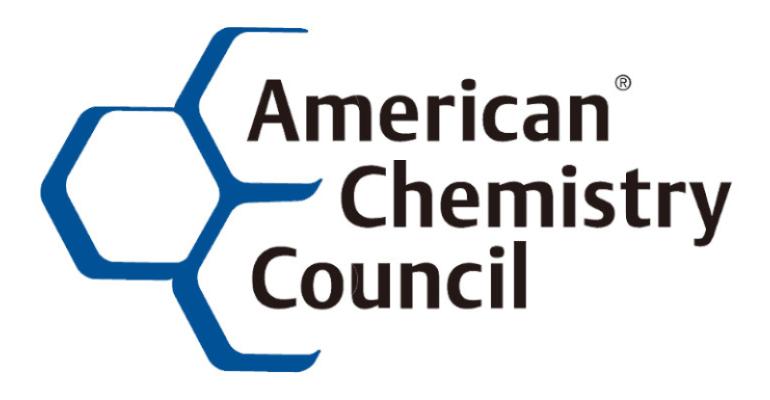 Chemical output was lower than the previous month in all regions

The U.S. Chemical Production Regional Index (U.S. CPRI) fell by 1.5% in December, following declines of 0.8% in October and 0.3% in November, according to the American Chemistry Council (ACC).

Chemical output was lower than the previous month in all regions, with the largest declines in the Gulf Coast, home to much of the nation’s basic industrial chemical and synthetic materials capacity.

“Many factors contributed to the continued drop in chemical production as bad weather and declining demand tapped the brakes on chemical production to close out the year,” said Martha Moore, ACC’s chief economist. “Some chemistries were bolstered by stronger output for staples such as food & beverages and apparel, along with vehicles and appliances.

The declines reflect not only declining output across multiple key end-use industries and weak export markets, but also disruptions from winter storm Elliott that hit in late December. Many chemical facilities along the U.S. Gulf Coast shut down in preparation of the freezing temperatures.

The U.S. CPRI is measured as a three-month moving average (3MMA) and was developed by ACC to track chemical production activity in seven regions of the US.

On a 3MMA basis, chemical production within segments was mostly negative in December. Only fertilizer output was higher. Production in all other segments was down compared to a month earlier. 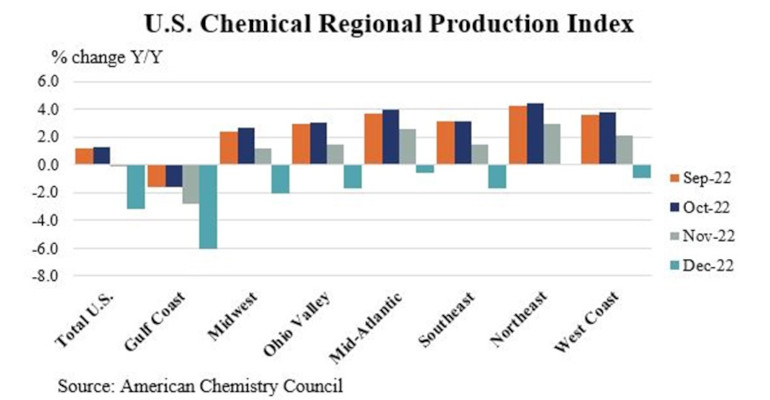 As nearly all manufactured goods are produced using chemical components in some form, manufacturing activity is an important indicator for chemical demand. Following a decline of 0.2% in November, manufacturing output was down 0.7% in December on a 3MMA basis. The 3MMA trend in manufacturing production was mixed, with many segments contracting. Output continued to expand, however, in motor vehicles, aerospace, appliances, food & beverages, printing, and apparel. 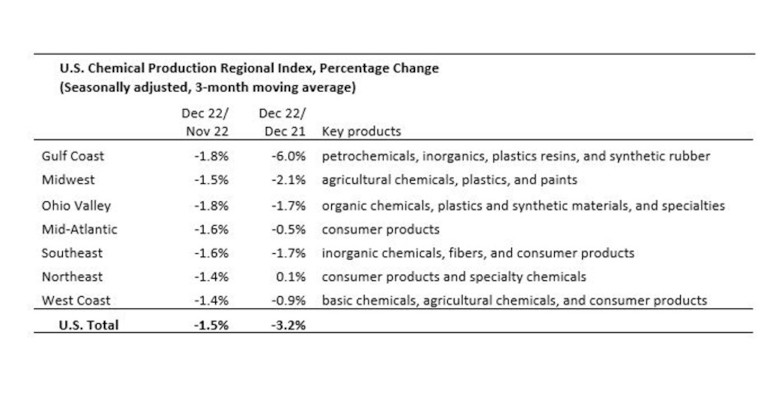