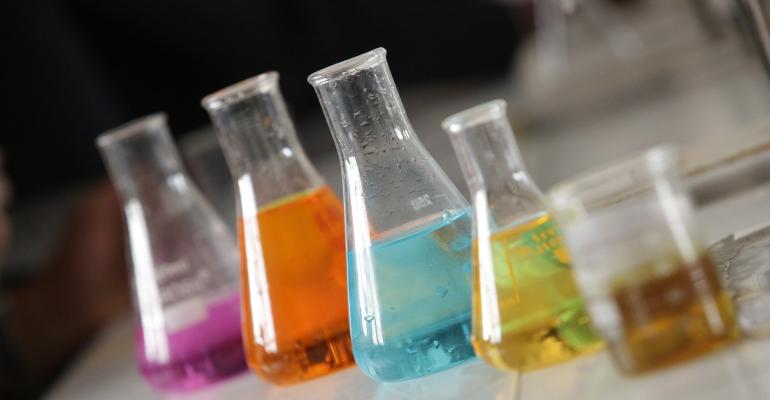 Representative image
Here are some of the most important chemical industry articles you missed in October 2021.

Explosions and occupational safety incidents at chemical facilities captured headlines during the month of October, as well as annoucements of investments in several major facilities. We also looked at some early forecasts on how chemical manufacturers will fare in 2022 and the examined the ongoing global supply chain crisis. Powder & Bulk Solids editors selected these posts to provide our audience with an overview of some of the most interesting chemical industry-related developments that were reported in the last month.

Since the start of the COVID-19 pandemic, chemical manufacturers around the world have faced an ever-evolving series of challenges, including plant shutdowns and restrictions on movement, shipping and trucking delays, shortages of raw materials, and more. Powder & Bulk Solids surveyed available forecasts and perspectives on the industry to provide a view of what issues chemical producers might face over the coming year.

An explosion and fire at a chemical plant in north China's Inner Mongolia Autonomous Region in late October left four people dead and three severely injured. Local authorities requested that production at the chemical plant be halted until further notice. An investigation was underway.

Industrial gases firm Linde announced last month that its new hydrogen production facility in Texas has commenced operations. The plant is providing high-purity hydrogen to the Phillips 66 Sweeney Refinery in Old Ocean, TX through a long-term supply agreement. The facility has a capacity of 1.5 billion cu ft/day of hydrogen and is connected to Linde’s 600-km US Gulf Coast hydrogen pipeline, which was recently connected to Phillips 66’s Sweeney Refinery.

Powder & Bulk Solids reviewed seven data points that illustrate the ongoing challenges that America’s supply chain faces during the COVID-19 pandemic. As the vius spread across the globe, manufacturers have faced a wide range of supply chain issues, including raw material shortages, port shutdowns, and shipping delays. The virus has highlighted manufacturers' reliance on international networks of suppliers and logistics firms, and also exposed some weaknesses of an interdependent global supply chain.

Worker Dies After Exposure to Chemical at BASF Plant

A contract worker died after they were exposed to an unidentified chemical substance at the BASF complex in Geismar, LA on October 15, local news organizations reported. Another worker was also injured during the incident. There were no impacts to the surrounding area and no other workers were exposed during the incident, the company said in the tweet. BASF is conducting an investigation into the matter.

Chemicals firm INEOS is committing more than €2 billion (about $2.3 billion) to what it calls “Europe’s largest-ever investment in electrolysis projects” to increase production of green hydrogen on the continent. A company release said in mid-October that plants will be built in Germany, Norway, and Belgium over the coming 10 years, and the company will also invest in sites in the UK and France.

Crews were dispatched to the Westlake Chemical compounds plant near Gallman, MS late in the month after a blaze ignited in a tower at the site, according to local news reports. Copiah County EMA Director Randle Drane told television news station WAPT that the tower was holding mineral oil at the time the fire started. Workers evacuated the facility without injury.

Specialty materials firm Arkema revealed plans in early October to open a new production plant for polyamide 11 (PA11) powders on its Changshu platform in China. The addition of the asset will aid the company in meeting demand for advanced bio-circular materials in Asia. The company currently manufactures Rilsan brand PA11 powders from castor beans at a location in France. Arkema’s product is used in a variety of applications, including home appliances, additive manufacturing (3D printing), and transportation.