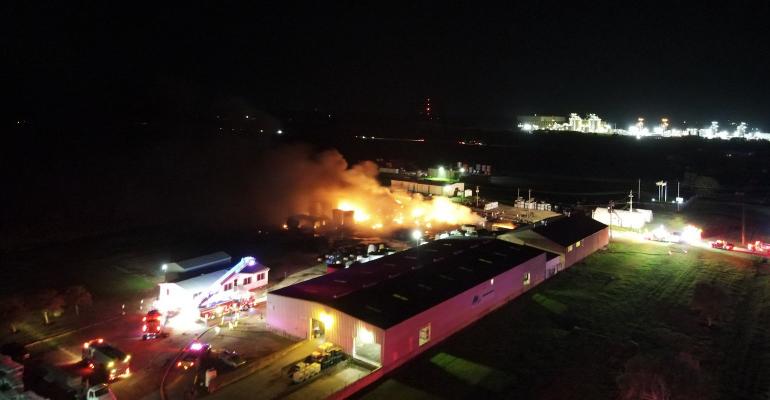 A large fire ignited Tuesday evening at the Prime Eco Group chemical manufacturing plant in Wharton, TX that caused major damage to the facility and forced residents in the community to briefly shelter in place.

Several area fire departments and a HAZMAT crew responded to the scene, Wharton County Constable’s Office – Precinct 2 said in a post on its Facebook page.

Wharton Volunteer Fire Department said in a statement that hand sanitizer and fuel stabilizer products fueled the fire. The shelter in place order was rescinded in the early hours of Wednesday morning.

No injuries were reported during the incident, coverage by the Houston Chronicle detailed. Information on the cause of the fire was unavailable.