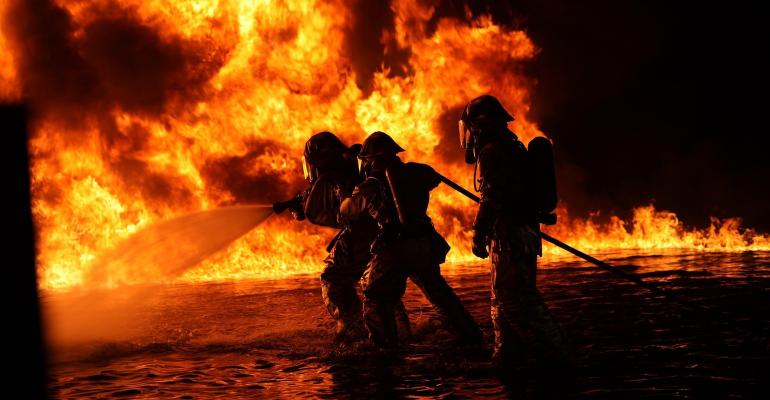 Representative image
Two people were injured and some portions of the facility were heavily damaged during the incident.

Dozens of firefighters worked for eight hours to douse a massive fire that broke out Friday morning at the Purechem Pvt. Ltd. chemical plant at the Sundar Industrial Estate in Lahore, Pakistan, according to local English-language publications. The incident reportedly destroyed several parts of the facility.

Two people were injured during the incident, Dawn.com said. Company officials told the news website that nine workers scaled the plant’s walls to escape the blaze.

The fire destroyed millions of rupees worth of equipment and other items inside the plant, coverage by The Nation of Pakistan reported. One image captured at the scene shows large portions of the plant were destroyed or heavily damaged.

Purechem manufactures ethyl acetate, butyl acetate, n-propyl acetate, and methyl acetate, according to information on its website. The company’s headquarters and factory are located on the same site at the Sundar Industrial Estate.