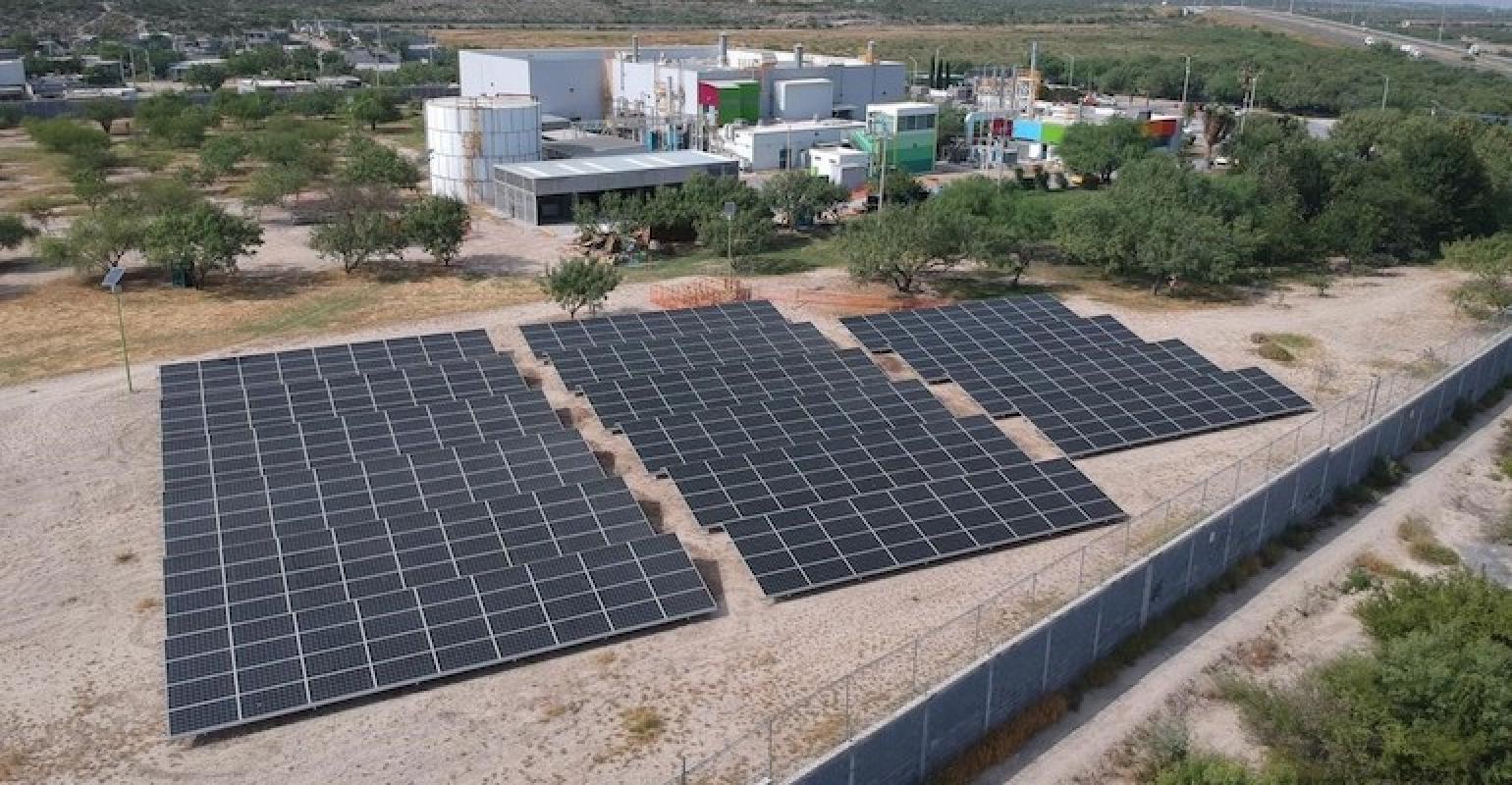 A view of the solar panels at AkzoNobel's Garcia, Mexico facility.
The addition of the renewable energy assets is part of the company’s broader effort to slash its carbon emissions.

Coatings and paints manufacturer AkzoNobel announced this week that thousands of solar panels were recently installed at two of its production facilities as part of the company’s plan to cut its carbon emissions in half by 2030.

1,650 solar panels were added to AkzoNobel’s industrial coatings site in Garcia, Mexico and the firm is currently working to install 1,600 roof panels at a facility in Barcelona, Spain, a company press release announced Tuesday.

Over the next decade, AkzoNobel intends to reduce its energy use by 30% and convert its operations to 100% renewable electricity.

“We are already using renewable electricity at 33 of our locations in eight countries and have installed solar panels at 14 facilities,” Wijnand Bruinsma, program manager for sustainability at AkzoNobel, said in a statement. “The latest two projects will make an important contribution to our continuing efforts to significantly increase these numbers as we strive to achieve our ambition of cutting our emissions by 50% by 2030.”

Work on the installation at the Barcelona site is expected to reach completion this January. Once in place, the panels will generate about 15% of the energy used at the facility. The Garcia installation in Mexico covers over 5,300-sq-m of space and will create 85% of the site’s energy requirements.