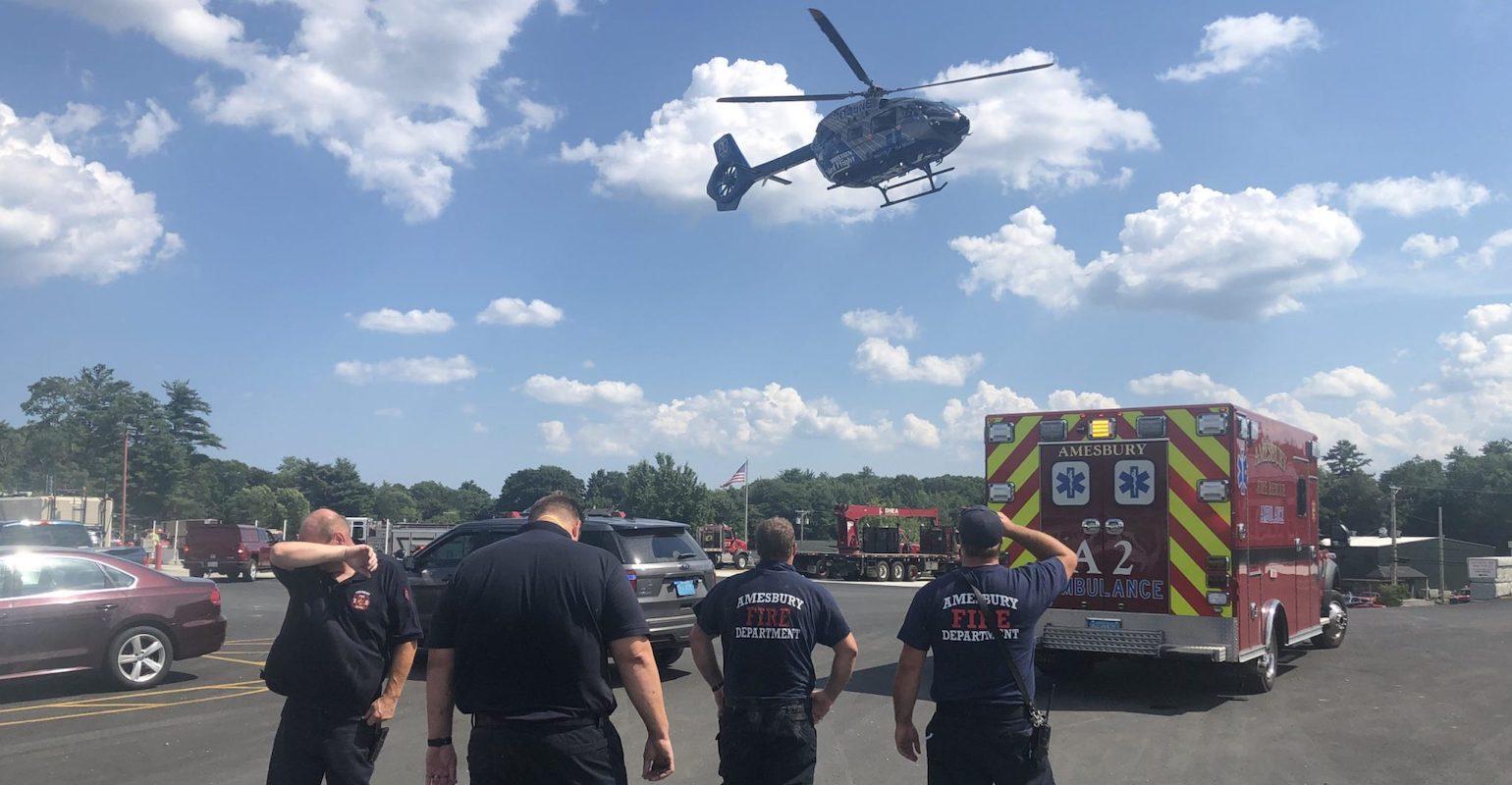 Firefighters responded to the E.F. Shea New England Concrete plant in Amesbury, MA on Monday afternoon after receiving a report that a worker was hurt in an industrial accident, Amesbury Fire said in a release.

Called to the site at about 2 pm, fire personnel arrived at the scene and worked to extricate the injured man from a walkway that was 15-20 ft high. The fire department said removing the worker from the height was difficult because firefighters also had to stabilize him.

The man was transported by helicopter to an area hospital to receive treatment for life threatening injuries. Amesbury Fire said an investigation has been opened by the US Department of Labor’s Occupational Safety and Health Administration (OSHA).

E.G. Shea New England Concrete is a manufacturer of precast concrete products. The company operates three facilities in Massachusetts and one in New Hampshire.