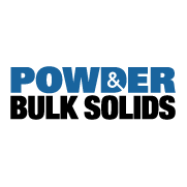 PMC Group Buys Copperhead Chemical Co.
Feb 25, 2021
The company is the only FDA approved manufacturer of the drug nitroglycerine in the United States.