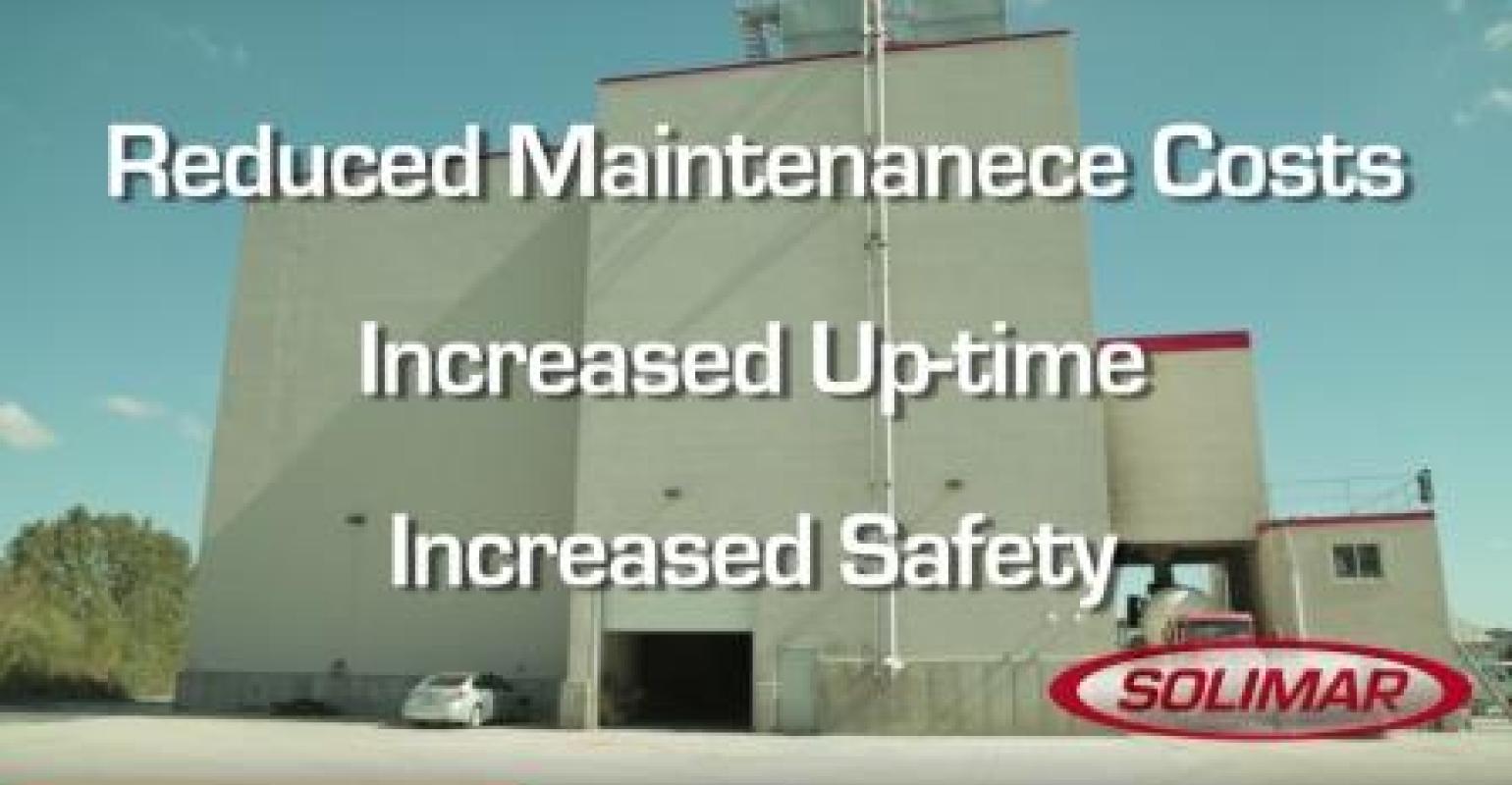 Explaining the benefits of proper aeration for a healthy, efficient batch plant, this new video from Solimar highlights the safety and cost savings of the company’s disk-type fluidizers.

The video highlights users who report low-maintenance performance and long life of the aerators. Producers also claim more loads delivered in a day, as well as cement savings. Animations show the operation of the aerators that use air pressure and gentle vibration to fluidize cement, fly ash, or any dry bulk material. Installation from outside the silo, bin, or hopper is mentioned as one of the biggest benefits because workers stay out of confined spaces.

Animations show two types of installation available from the manufacturer: the EZ-IN for existing air pad openings or fast-fit kit that only requires a two-inch hole to install the aerators.

A Texas producer featured in the video retrofitted 38 plants with Solimar aerators and counts hundreds of thousands of dollars in savings through the use of the aerators. He also has not had to replace his original Solimar aerators that were installed in 1992.